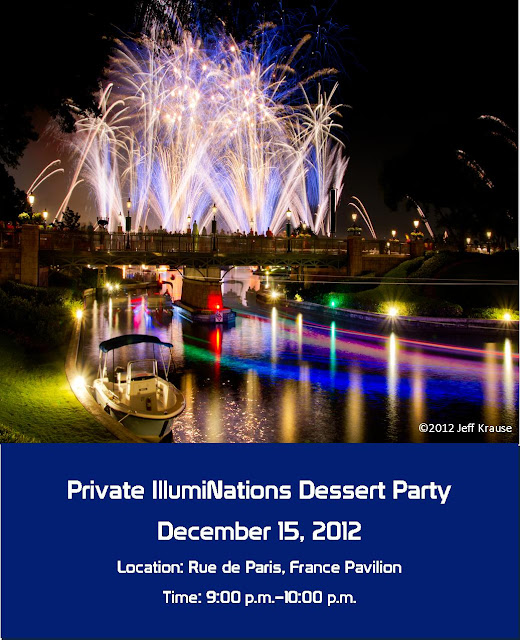 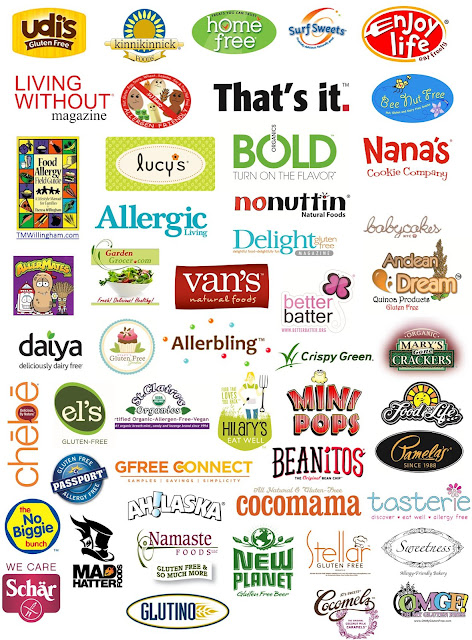 For more information check out the Vendors Page

Tickets are $50 per person and include:

*Entrance to the event
*All-you-care-to-eat special diets related buffet
*Access to a private IllumiNations viewing area
*Gift Bags
**Park admission is required and not included in the Dessert Party Ticket price.**
Tickets are required for this event for any guest ages 4 and up. Children ages 0-3 may attend without a ticket if they are accompanied by a paid adult.
All items on the buffet are made to be free of gluten/wheat, dairy/milk/casein, soy, egg,  peanut, tree nut, corn, fish, and shellfish
Disney has assured us that they will use their best practices for food allergies, but maintains their standard statement for cross-contamination.
Please see the Walt Disney World Resort General Information Disclaimer:
Walt Disney Parks and Resorts will use reasonable efforts to prevent the introduction of the allergen of concern into the food through close attention during our sourcing, preparation and handling processes. However, it is ultimately up to the Guest to use his or her individual discretion to make an informed choice regarding whether to order any particular items. Walt Disney Parks and Resorts cannot guarantee that allergens may not have been introduced during another stage of the food chain process or, even inadvertently, during preparation. We do not have separate kitchens to prepare allergen-free items or separate dining areas for Guests with allergies or intolerances.

I admit it, I love food. I consider myself somewhat of a foodie, in that I like food and good food at that (well, who doesn’t?!). Outside of WDW, food allergies have sometimes stifled my ability to eat luxurious meals out. This is why I love WDW so much. I get so spoiled there. However, the one elusive area to me has always been special events. I often find that I don’t get very much information from CMs when I call, and I’ve never been able to get a chef or event planner to contact me about those events (the MK Dessert Party, etc.). So, I’ve always been a bit trepidatious about trying to participate in an event with the unknown prior to the event. I’d hate to pay $50-$100 for no food or little food. That would be really frustrating (I’m already bummed enough as it is about not getting any cookies at the Christmas Party, but more on that when that review comes out).

So when I saw that the food demonstrations were running at a nominal fee ($8-$15), I decided to gamble. I was debating between Chef TJ (the famous Chef TJ–he is amazing!!) or between celebrity chef Suvir Saran who cooks predominately Indian cuisine and is vegan. I was hopeful that even if I couldn’t get my food requests in, he might be able to prepare something. I felt better when I purchased tickets because the standard Disney reservation came up, complete with allergy notifications. Of course, I found out later this was for naught.

My travel companion and I arrived about 1 hour early, mostly so we could try to find out if we were or were not going to be able to eat anything and also to get a seat. (yes, the line filled up fast for this one and we were lucky to be in the near front of the line). We asked CMs when picking up our tickets. They said to find one of the staff managers setting up, which is what we did. We told them about our allergies and mentioned that we noted it on the reservation (to which they replied that the reservations don’t actually do anything with those notifications–I sure hope they change that). Essentially, they went back and got the chef. Of course, we’re used to that at WDW, but not with a celebrity chef 🙂 Chef Suvir came out and was very kind and pleasant about the whole thing. He said the dish had some butter in it and the breaf wasn’t gluten free. The dish was a Indian inspired shrimp with some type of bread. I mentioned that I knew he was vegan, and that was a big reason I chose to visit his demo. He said he was actually bummed because he wished he had known about the allergies ahead of time because he would have done his whole demo allergy free and vegan. He said not to worry, that he’d whip up some variation. Again, he couldn’t have been nicer about it, and was very accommodating (as one can be 1 hour before a demo).

We were instructed to let the servers know about our allergies and because it was a smaller group, they were pretty aware. During the demo, they brought us a modification of the dish. The shrimp and sauce were really good. Spicy but also very fresh tasting. The only real “downside” was the stale broken taco shell half that were holding our shrimp. Stale is an understatement. Not very good. But, I can’t really fault them, since we had such short notice.

Overall, it was a fun experience, but a little disappointing too. I know that it is very hard to accommodate everyone when it’s a demonstration or catered event; however, I’d love to see some improvement in the future. Had the reservation with the allergy notation worked, they would have seen that there were food allergies in that party and could have modified the dishes (or at least had a few modifications for us). I made a smart move by choosing a chef that I knew had experience cooking (or preferences at the very least) gluten free/dairy free meals and by arriving early. Otherwise, not much you can do.

I hesitate to do any bigger events for this reason, but I’m hopeful that in the future, WDW will be able to do a better job at these events or perhaps have an event solely geared towards food allergies (omg that would be awesome!) Or a GF booth. I’m hopeful. With the new vegan booth in 2012, it’s very possible!!!

I’d give this a 5 out of 10, but would try a demo in the future. It’s lower cost, so the gamble doesn’t sting so badly. Maybe I’ll give it a try this year with Chef TJ!

Do you have any experience with F&W Festival demos or special events? I’d love to hear them!

I finally got to try the gluten free churros from

How cute (and tasty) so these gluten free cheesy p

Happy Easter! Wyatt & Cactus hope you have a most

This past year has been tough for us all, and like

It feels nice to see some seasonal traditions back

Tots, tots, tots! You can never go wrong with the

3rd times the charm? This is the third time we’v

The tropical chocolate tart from Olivia’s Cafe a

If you’re heading to the Epcot Flower & Garden F

Feeling lucky & grateful to have gotten my 2nd vac