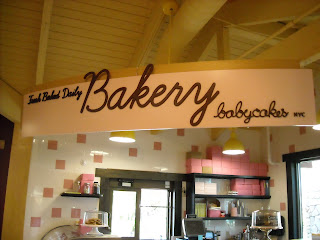 Babycakes Bakery in Pollo Campero/Fresh A Peel in DTD 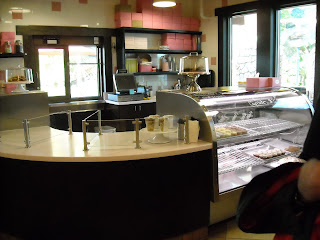 A view of the counter…

I was soooo beyond excited when I heard that Babycakes was opening a bakery at DTD. I had long been a fan of this bakery. It was actually the first gluten free/dairy free cookbook that I bought after finding out I had food allergies (though not everything is GF in this cookbook, some recipes use spelt). So, naturally, I was ready to head over here and get lots of goodies. I emailed them ahead of time to see if it had any spelt items or if everything was GF/CF and it is. Hurrah! That meant I could eat ANYTHING I wanted from this bakery. I don’t even recall another bakery where I’ve been able to do that. I wanted to get a birthday cake as well, to take home with me (well send home w/my mom and stepdad). I was not disappointed. Holy cow there were a lot of choices. Donuts, cupcakes, cookies, parfaits…lots of good stuff!

We got there right as they opened, and one thing I found interesting after talking to the lady working there (I think her name was Brandi) was that Babycakes, unlike their NYC location, makes things throughout the day, rather than all in the morning. So the counter wasn’t so full yet b/c they were still making things and things were cooling. 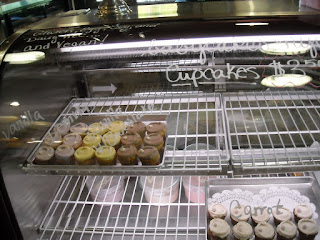 Later in the day, this was fully stocked…
For instance, trying to order a cake in less than 24 hours notice was not so easy b/c the cake had to cool, etc. Also b/c we were traveling w/it they put the frosting in a separate container to make sure it doesn’t get melty b/c it’s coconut oil based. We ended up ordering a dozen cupcakes w/frosting instead (the total was $42 with tax), but had to come back later in the day to pick them up. We got 6 chocolate brownie cupcakes, 3 red velvet, 2 banana (Wasn’t a fan of this flavor), and 1 carrot. I got the mint frosting b/c I haven’t had mint frosting since going GF/CF and I LOVE mint. I had chocolate and vanilla at home from Whole Foods, so I really wanted a specialty frosting. The mint was amazing too. My brother said it tasted like mint-chocolate chip ice cream without the ice cream part. YUM! 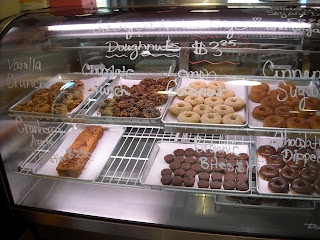 Donut counter. I sampled all of them!
We also got all of the donuts (my favorite was the lemon coconut) and the cookies too. Very good! I also got one of the parfaits with crushed cookies and donuts on it with frosting, bananas, and strawberries. Very good, but I ate too much of it later! The donuts themselves were cake donuts and basically the cupcakes in donut form. Still good though! 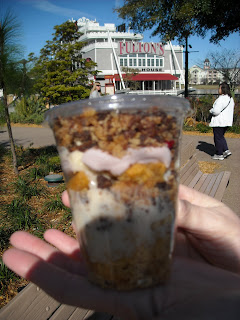 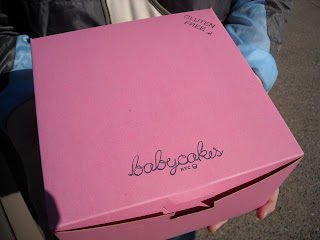 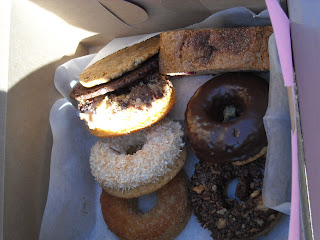 Lots of donuts and other goodies!

When we came back later, I sampled one of the chocolate brownie cupcakes with mint and my mom got the red velvet. OMG they were both sooo good. 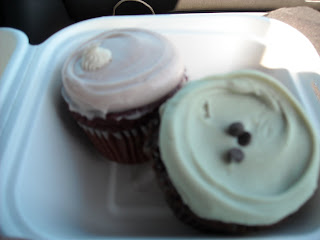 Red Velvet and Chocolate Mint…both fantastic!
Overall, I can’t say enough great things about this bakery. I am so glad it’s at WDW now, and I think it was a much needed addition to the theme park. Great for people with or without allergies. I can’t wait to visit next time and get more goodies! 10 out of 10…go go go to this place! It’s a must do. Now if they can only make this a place on the DDP for snack credits!
Babycakes Bakery Downtown Disney
Share: